On April 14th, Safran Optics 1 celebrated its production and shipment of the 4,000th Laser Target Locator Module (LTLM) II to the US Army. With its multifunction capabilities, the LTLM II contributes to the US military’s overmatch on the battlefield. “When talking about the 4,000th LTLM II, we must start with the end goal, and that is Optics 1’s support for the US Soldier in successfully conducting their mission and returning safely,” said Optics 1 President & CEO, Joe Bogosian, on the occasion of the company’s celebration of the milestone.

The Optics 1 LTLM II provides the US Soldier a system with higher performance, greater reliability and less complexity than legacy products, while weighing under 3.1 pounds. Since being awarded the LTLM II IDIQ contract, Optics 1 has led the design, production, testing and delivery of each system by combining its best-in-class technologies along with Safran Electronics and Defense and Safran Vectronix. “We’ve got three contributing companies, but one team, delivering one cutting-edge product for the US Army,” said Bogosian.

The US Army’s LTLM program began in the late 2000s as the Army sought a laser targeting system to help dismounted Soldiers identify targets day and night in all battlefield and climate conditions. This benefit was critical in accurately providing positions of interest so that supporting forces could respond. Optics 1 played a critical role in the first-gen LTLM, working as a partner to award recipient BAE Systems and providing key components including a laser rangefinder and direct view optics. As requirements advanced, the Army recognized that the LTLM device needed to be further enhanced for size, weight and power, and upgraded with next-gen technologies. In 2015, Optics 1 was ready to offer the US Army its LTLM II bid sample, and was awarded the LTLM II IDIQ contract in July 2016. Since the initial award, the US Army extended the original 5-year term of the contract by an additional two years.

The LTLM II award has served as a launching pad for Optics 1 in growing its workforce and engineering and production capabilities in New Hampshire and California. “The LTLM II system is impactful for both Optics 1 and the US Soldier as it was our first multi-year Big Army award as a prime contractor, and serves as a force multiplier on today’s multi-domain battlefield,” noted Bob Lachance, Vice President of Business Development.

The LTLM II award was quickly followed by further wins for the company, including the US Special Operations Command Enhanced Clip-on Thermal and SWIR Imager (ECOTI/ECOSI) programs, the Integrated Compact Ultralight Gun-mounted Rangefinder (ICUGR) for the US Marine Corps Squad Range Finder program, and the ECOTI for the USMC Squad Binocular Night Vision Goggle program, along with several cutting-edge DOD research and development programs.

Leveraging Technologies from Around the World

Before an LTLM II device makes its way onto the battlefield, it takes a journey of its own. In France, camera cores and SOM boards are built up and shipped to Switzerland for initial assembly. Then those components are received in Bedford, New Hampshire, where Optics 1 builds the final device to US Army specifications.

“With our multiple Safran companies, we are able to leverage best-in-class engineering talents in the US, France and Switzerland, to provide advanced technology products as a key asset for protecting national sovereignty,” commented Martin Sion, CEO of Safran Electronics and Defense.

In addition to its world class engineering and production talents, Optics 1 also delivers the skills of a dedicated quality team. The Army’s qualification process is very thorough and stringent with a strict timeline. Optics 1 has consistently met the Army’s contractual needs for on-time and high-quality deliveries. This record has helped to instill a strong confidence by the US Army in Optics 1’s ability to perform on the LTLM II program.

Before LTLM II units can be shipped to the US Army, Optics 1 quality team runs a two-week long battery of environmental tests. Additionally, the team performs a five-week reliability test to ensure that the units work under any conditions demanded by the US Soldier. “Many of our team members are seasoned veterans themselves from all branches of the US Military,” noted Bogosian. “Throughout all our functional capabilities, we appreciate acutely what this entire process of design, development, production and highest quality delivery means in the end for the US Soldier who relies on the LTLM II.”

Safran Optics 1 is a global leader in the design and production of electro-optic and navigation systems, with defense technologies that provide unmatched, first-class mission solutions for military in the United States and for select Partner Nations. Optics 1 designs and develops 100% US made products by their talented teams in New Hampshire and California; and can also deliver products that are 100% designed and developed overseas from other Safran subsidiaries, or hybrid products like the LTLM II that combine the most advanced technologies from around the world. 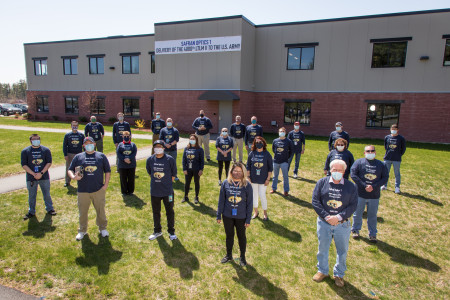 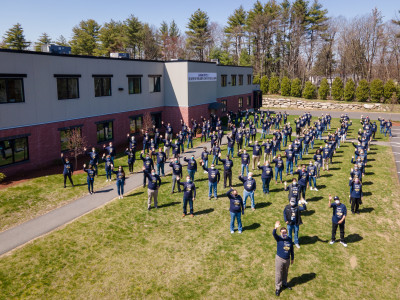 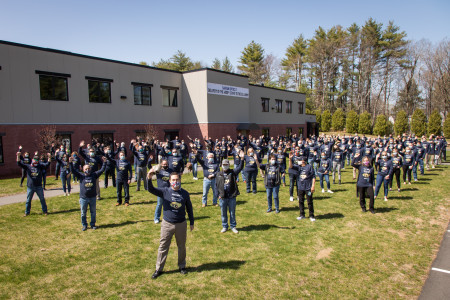 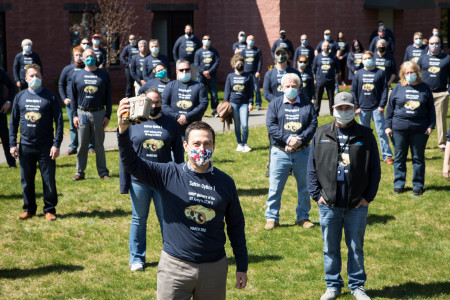